Some flag designs are very “busy” in the way they react to changing wind conditions, and that makes it hard to know when to pull the trigger. That problem was designed out of my flag, and that is no small thing when considering which flag to spend your money on! In addition all our flags have super bright vinyl colors that bring visibility to another level.

These flags have been developed and proven over years of Benchrest competition.

Here is a list of recent World Records shot over Graham Flags! Congratulations to all! 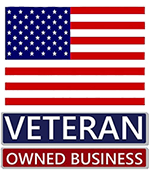